Treating symptoms rather than syndromes in major depression, and possibly also in schizophrenia; and diagnosing neurodegenerative diseases, notably Alzheimer’s disease, through biomarkers of underlying pathology rather than by symptoms. These challenging concepts were debated by LINF members in their discussions on heterogeneity among patients. But there was consensus that our aim should be to improve treatment by subtyping patients in the way that has proved so successful in other areas of medicine, including oncology.

There is heterogeneity in etiology – in the extent to which genetic abnormalities underpin disease in specific patients, in the role played by epigenetics, and in the varying contributions of gene-environment interaction. And there is phenotypic heterogeneity evident in differences between individual patients in the nature and severity of symptoms, in the clinical course of their disease, and in response to therapy.

A fundamental problem is that the classifications in current use for CNS disorders are essentially clinical descriptions rather than diagnoses based in biology.

With the arguable exception of Alzheimer’s Disease (AD), an issue discussed in detail below, we currently lack consensus on tools to classify patients by etiology. In all the CNS disorders considered, we certainly lack tools to predict response and so identify optimal treatment for individual patients. We also lack the knowledge of gene targets that would encourage rational drug development.

The challenges arising from heterogeneity have been brought sharply into focus by the failure of many late-stage clinical trials in neurology. But lack of homogeneity among patient populations affects the range of CNS disorders.

Is it a problem that current classifications are clinical descriptions rather than diagnoses based in biology?

Does the conventional diagnosis of MDD limit our approach?

The heterogeneity and contradictions involved in traditional ways of diagnosing major depressive disorder (MDD) is particularly striking. As David Goldberg pointed out in 2011, a patient with psychomotor retardation, hypersomnia and weight gain might have the same score as another who is agitated, sleeping badly and losing weight.1

We are probably also incorrect in our assumption that symptoms are independent and can simply be added together to measure severity. In reality, they are dynamically inter-related; and some are likely to be more important than others.

This theme was taken up by Eiko Fried, of the University of Leuven, who also criticized the two notions central to MDD diagnosis: that it is a discrete condition; and that its symptoms are interchangeable indications of an underlying problem.2 These arguable assumptions may have slowed the development of more effective therapies and the identification of biomarkers. An alternative and preferable approach, Fried argues, is to consider MDD as a cluster of different symptoms (some causally related) which substantially overlap with other problems such as anxiety disorder. In his view, the solution is to treat symptoms and not a syndrome.

It should be said that some LINF faculty argued that conventional diagnostic criteria could in fact be made more reliable than at present, perhaps with the inclusion of patient self-evaluation, and improved measurement.  Heterogeneity could be reduced through greater consideration of comorbidities, life course and risk factors.

However, a radical shift in thinking would not out of the ordinary. It is exactly the kind described by Thomas Kuhn.3 Kuhn proposed that a model developed from the understanding of the time is gradually cut loose from consensus by the accumulation of evidence that does not fit - until a point of crisis when a revolutionary “paradigm shift” occurs in understanding. In this cycle, science advances not by establishing absolute truth but by establishing a new consensus – which is itself open to challenge.

From Kuhn T. The structure of scientific revolutions. University of Chicago Press. 1962 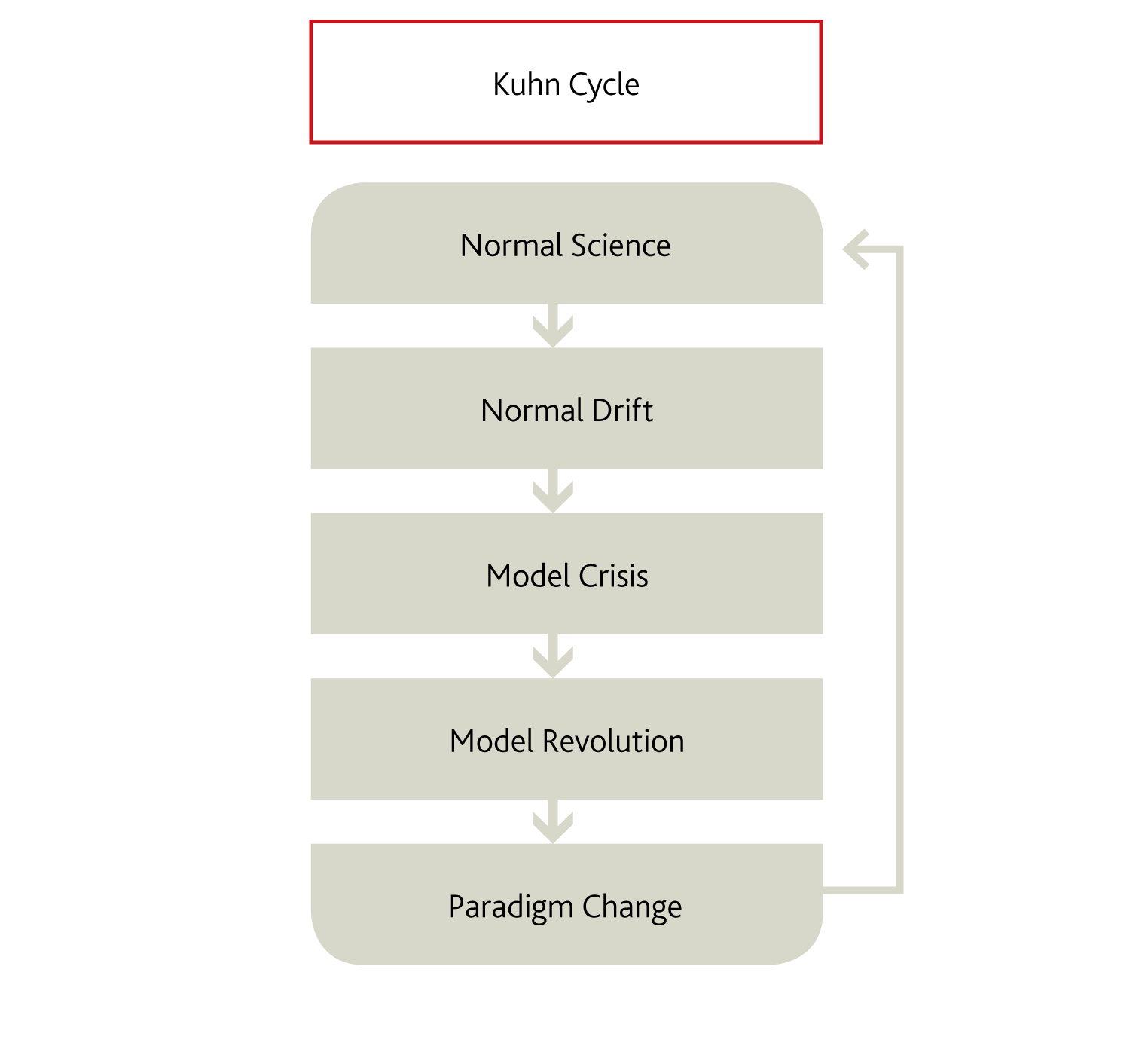 In reality, symptoms of “depression” are not independent; and some are more important than others

So, what might be a better approach with MDD?

A first step is to accept that traditional DSM subtypes are not generally helpful. For example, the psychotic subtype seems to be the only one that has clear implications for therapy. Of greater utility might be an approach involving dimensions such as cognition, sleep and energy. We should also consider the limitations of measures such as the MADRS and HAM-D and delve more deeply into other outcomes. Computerized testing offers opportunities in this regard.

Ideally, we would be able to link clinical phenotypes to biology and biomarkers. There was some interest in C-reactive protein (CRP) as a measure of inflammation, but a general view that we have a long way to go before finding biomarkers that are helpful in MDD.  There are clear concerns about the feasibility and interpretation of investigations such as functional MRI, though ambulatory EEG might be more practical.

Passive tracking technology on smartphones has ecological validity and may have a place, but enthusiasm on the part of some is matched by skepticism on the part of others. However, it would certainly help if we could extend our knowledge about how patients are functioning beyond the few minutes we spend with them in the clinic.

Kuhn’s somewhat humbling worldview was adopted by those LINF faculty members asked to consider the heterogeneity of patients diagnosed with schizophrenia. We work with the imperfect understanding we have, and acknowledge that we can and will do better. Several developments may help.

First, a shift in emphasis from categorical clinical subtypes to dimensional assessment – an approach which DSM-5 and ICD-11 seem to have in common -- may aid evaluation of patients and our understanding of the heterogeneity of psychotic disorders. Secondly, the availability of large amounts of longitudinal data derived from passive digital monitoring of activity and circadian rhythms should improve our ability to understand what is happening to our patients in the real world. This gives rise to the concept of digital phenotyping. But it may be that we can live with using dimensional and categorical classifications in parallel, with the long-term aim of integration.

A third positive point is that we have an increasing number of tools – including artificial intelligence that can be applied to “big data”, machine learning and predictive modeling – to complement the more traditional fields of genomics, proteomics and the identification and validation of biomarkers.4

Large longitudinal datasets give rise to the concept of digital phenotyping

Across psychiatry in general, there is recognition that different biological pathways can lead to similar symptoms. Hence the importance of work showing that biomarker-based categories (or biotypes) are better able to identify homogeneous subgroups than traditional classifications such as schizophrenia, schizoaffective disorder, and bipolar disorder with psychosis.5

Such findings lend support to the National Institute of Mental Health’s RDoC (Research Domain Criteria) initiative which aims to encourage research based on classifying patients by behavioral dimensions or brain biology rather than conventional diagnostic categories. For example, if we can take patients with ICD or DSM diagnoses of bipolar disorder and schizophrenia and find common biological underpinnings, that would be a helpful guide to treatment. However, a potential hurdle in the way of such approaches is the need to convince regulators that agents should be used outside traditional indications.

Bzdok and Meyer-Lindenberg4 recently argued that combining machine learning analytic techniques with the wealth of data available from consortia and repositories does indeed have the potential to redefine major disorders on the basis of biology. Subgrouping patients based on such data should promote early detection of disease and the tailoring of agents and doses to individual circumstances.

In diagnosing schizophrenia, we may have to live with imperfection. But we can probably do better than the concepts we use at present.

Another initiative is that of the PRISM group which aims to identify potential causes of individual symptoms, such as social withdrawal, across AD, schizophrenia and depression.6 This would again be with the aim of identifying a shared underlying neurobiology.

A further potential example of biotyping arises if it can be established that inflammatory processes are a major factor in the development of mental disorders in at least a proportion of patients with different traditional diagnoses. The same would be true if oxidative stress proves to be a contributory factor across indications. In both instances, a common etiology would have clear implications for a common approach to treatment.

Thinking of cultural context, it may be that much of the marked difference in psychosis between northern and southern Europe, and between urban and rural areas, is due to the consumption of cannabis with a high TCH content. If this hypothesis proves correct, then the subtype of patients with cannabis-induced psychosis is again a distinct and potentially relatively homogeneous clinical entity.

Debate in neurodegenerative diseases centers on biomarkers in diagnosis

In AD, efforts are being made – notably in the National Institute on Aging and Alzheimer’s Association Research Framework -- to shift the definition from a syndromal to a biological construct founded on underlying pathological processes.7 This idea is entirely novel and would rely primarily on detection of amyloid-beta and tau either by PET imaging or in the CSF. Evidence of neurodegeneration is regarded as secondary since it is not yet clear how this can best be established.

Perhaps the attraction of such an approach is that it mirrors the TNM (tumor stage, nodal status, presence of metastases) classification that has proved so valuable as a guide to research and treatment in oncology.

But the authors of the Framework caution that it would be premature to apply their current concepts in everyday clinical practice. And there was clear reluctance on the part of many in the LINF Faculty to entirely abandon the McKhann criteria which allow probable AD diagnosis essentially on clinical grounds.8 Under these criteria, diagnosis is supported (or not) by biomarker evidence of AD etiology – based on amyloid-beta by PET or in CSF – or evidence of neuronal injury based on CSF-tau or structural MRI.

If accepted, the NIA-AA proposals would also supercede the criteria established by Albert et al for mild cognitive impairment due to AD, which were essentially clinical although supported by biomarkers of AD pathology or neuronal injury.9 They would also replace the 2011 criteria for preclinical AD.10

Indications are that efforts may be made to re-introduce clinical symptoms into the process of diagnosis since both patients and clinicians feel uncomfortable in their absence. It is not at all clear how we can tell a patient that they have a disease with huge implications when they have no symptoms, when the clinical course is uncertain, and when we have no disease-modifying therapy. Furthermore, in terms of obtaining biomarker data, PET is expensive, and patients are reluctant to have a lumbar puncture.

This paper is based on discussion and feedback from breakout sessions chaired by Drs Celso Arango Lopez, Guy Goodwin, Raymond Lam and Christopher Chen. We thank the chairmen and all participants. 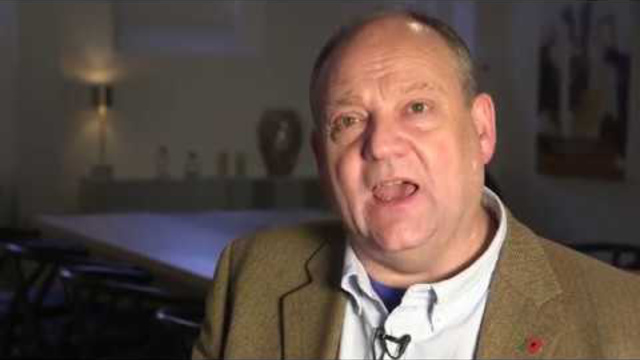 Light in the darkness: Combating the mid-winter blues 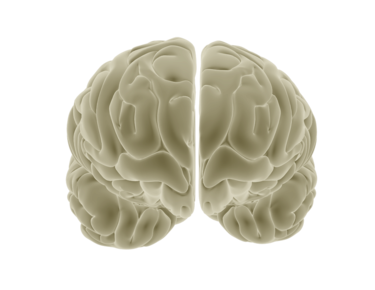 New images available in the Image Bank: The Brain - frontal view and The basal ganglia