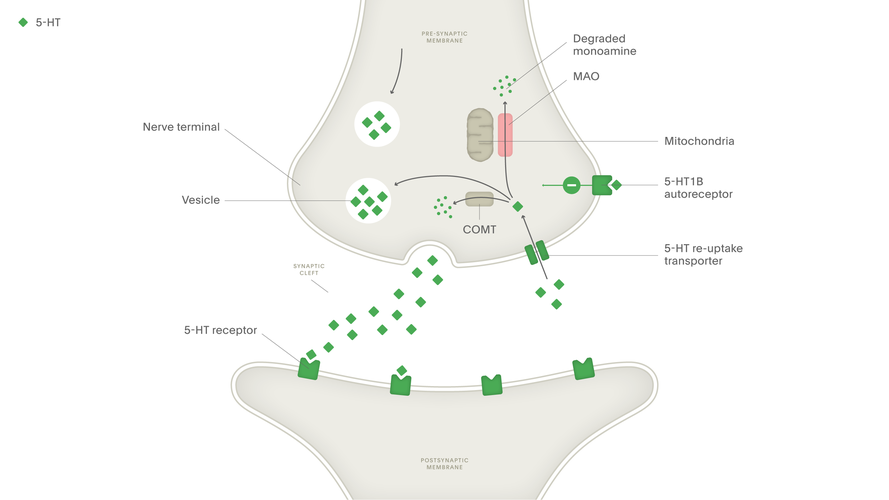 When a nerve impulse arrives at a serotonin (5-HT) nerve terminal, 5-HT is released from synaptic vesicles into the synaptic cleft. 5-HT molecules bind to their receptors on the post-synaptic membrane and the nerve impulse is propagated or inhibited, depending on the specific receptor. 5-HT molecules are then released from the receptors and taken back into the nerve terminal via the 5-HT re-uptake transporter. 5-HT is degraded by monoamine oxidase (MAO) and catechol-O-methyltransferase (COMT). 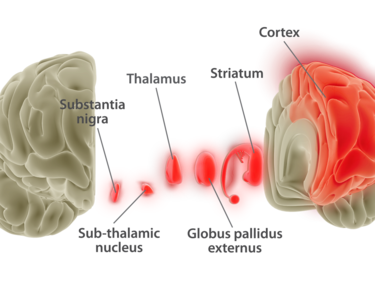 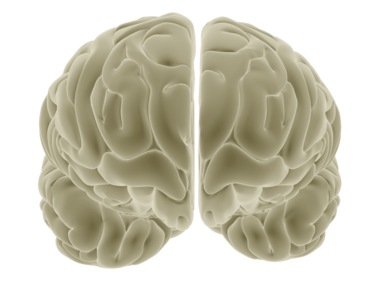